How long can we stay awake before dying 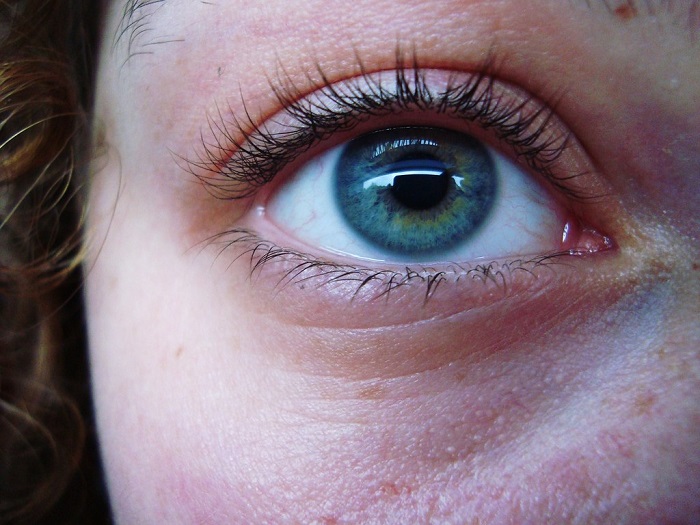 Sleeping… How we like it! We never seem to have enough. Actually, there are times when we really feel like it’s not enough.

Thinking about the evolution and survival of man, it does not seem very logical to lie unconsciously in a dormant state for hours while predators stalked. However, studies have shown that adults who sleep between 7 and 8 hours tend to live longer. But, both excess and lack of sleep can lead to cardiovascular disease or diabetes. But what if we stop sleeping?

After your first sleepless night, the mesolimbic system would be stimulated. This could lead to some extra energy, motivation, optimism, and even sex drive. Sounds great right? But it is not real. Your brain would slowly begin to shut down the regions responsible for planning and evaluating decisions, leading to more impulsive behaviour. Also, the reaction time would be slower and your cognitive and perceptual functions would be reduced.

After a week or two without sleep, the body loses its ability to metabolize glucose and the immune system stops working as well. In some cases, three days without sleep has led to hallucinations.

HOW LONG CAN WE GO WITHOUT SLEEP?

The “official” answer is offered by a documented experiment: it is 264 hours, that is, about 11 days. This figure is due to the world record set by the teenager and high school student Randy Gardner in 1965. But that same year the first applicants emerged who claimed to have exceeded the supposed mark.

Even today other candidates claim they have managed to stay awake longer than Gardner. The most recent contender is an Englishman who filmed 266 hours without sleep. The highest instance on the subject of world records, namely the Guinness Book of Records, does not help in this case: for years it has given up registering new records in this area due to the possibility that the person who embarks on such adventure take health risks. That is why Gardner will always be the “official” bearer of the global sleepless brand.

THE CONSEQUENCES OF SLEEP DEPRIVATION

It is known that Gardner was no exception and that others have been able to endure a similar time without sleep. Some volunteers of scientific experiments have managed to spend between eight and ten days without falling into the arms of Morpheus, yes, under meticulous medical control. None of these participants reported medical, neurological, sensory or mental problems after the test. Throughout the study, however, deficits were observed that increased as the waking hours and days passed. According to the subjects themselves, their capacity for concentration and perception had been reduced and they felt more apathetic, in addition to showing alterations in other mental processes. But these symptoms disappeared in all participants after two nights of restful sleep.

The testimony of soldiers who stayed awake four nights in a row during the combat provides more information in this area. Also of patients with the manic disorder who without taking medication went three to five days without sleep. In fact, doctors have long taken advantage of a positive effect of lack of sleep: through the so-called sleep deprivation therapy, psychotherapists ask patients with depression to spend a night without sleep, as it has become too late. that this measure can temporarily benefit the mood of some affected.

Still, more difficult than answering the question about the world record for staying awake is defining what “being awake” means, says chronobiologist J. Christian Gillin of the University of California, San Diego. As has been seen, prolonged sleep deprivation in healthy people, in addition to inducing altered states of consciousness of all kinds, causes frequent “dreams of few seconds”, that is, short episodes in which sleep is imposed on the person, as well as the partial or total loss of cognitive or motor control of what happens.

WHY LACK OF SLEEP KILLS

The record holder Gardner, who stayed awake for whole days, also showed increasing neurological disorders: at first, he had difficulty clearly recognizing objects, later he manifested gaps in memory and a fluctuating mood. At the end of his torture, he was hardly able to act anymore.

And the long-term consequences?

Rodent experiments have revealed that continued lack of sleep can lead to death. In 1983, Allan Rechtschaffen of the University of Chicago kept rats awake that he had placed on a rotating plate in a container of water. As soon as they fell asleep, the researcher woke them up again. At all times he recorded the brain activity of the animals. At the end of the experiment, the motive for the murine deaths could not be unequivocally determined. Even so, it is likely that they passed away from total exhaustion and metabolic overload.

On the other hand, long sleep deprivation does not always lead to death. It is suspected that newborn dolphin calves and killer whales can go a whole week without sleep. Also, migratory birds on their long-haul flights are awake for a long time.

CAN YOU DIE FROM LACK OF SLEEP?

In humans, rare disorders are striking, shedding new light on our need for sleep. In Morvan syndrome, a particular form of neuromyotonia and characterized by symptoms such as muscle spasms, pain, excessive sweating, weight loss, periodic hallucinations and insomnia. French researchers observed a similar case in a 27-year-old patient who had been deprived of sleep for a few months. During this period he did not feel asleep or tired; Nor was he moody or anxious, or that his memory had worsened.

But almost every day, between 9:00 p.m. and 11:00 p.m., she would experience a phase of about 20 to 60 minutes in which she had acoustic, optical, olfactory or tactile hallucinations, and often combined with pain and problems in the blood circulation of the fingers and toes. More recent studies show that Morvan syndrome is related to attacks of serum antibodies on specific potassium channels of cell and nerve membranes. The association of this phenomenon with sleep behaviour is still unclear.

A similar phenomenon occurs in the rare fatal (or even fatal) familial insomnia disease, an autosomal dominant disease, in which the patient often dies after six to thirty months without sleep.

Although these types of particular cases do not offer a revealing answer to the question of how long we can stay awake, they do reveal that sleep per se is not important for survival: there is no known case in which it has been shown that the lack sleep caused the death of a subject, says Gillin.

After all, sleep is, as the dream researcher Wilse Webb (1920-2018) called one of his works, “a kind tyrant”: he can be repelled, but never conquered.

Necessities of a newborn baby

How do I improve concentration as an elderly person

How do I improve concentration as an elderly person

Necessities of a newborn baby