Top Posts
Helpful ways to get funds
Credit Repair – Are there better options?
How changes Venmo made is affecting its users.
New PayPal offers you would not want to...
Manage your funds the easy way
Low APR: Where to find them!
Visa provides a secure application portal for most...
Get Paid for Watching Videos and Surfing the...
Visa for Business and Families[Updated]
Does Biden Care Cap Premiums?
TechUpdates

The Pros and Cons of Online Banking 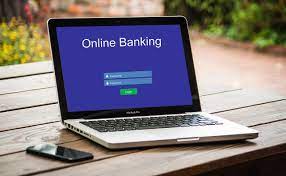 Today you will learn about what these banks are, the advantages, as well as the disadvantages of using each of them.

Let’s get straight to the point that starts withTraditional Banking.

These are also known as brick-and-mortar, if you are a fan of these, these are the ones that you’re more familiar with 9 out of 10 times. Most people started a bank account with a Traditional Bank.

There are some examples of traditional banks, in other words these banks have physical locations that you can visit personally to handle any bank business.

Now let’s start with the advantages of being a customer with a Traditional Bank.

First of all, face-to-face interaction is simple. Some people would rather talk about financial business in person rather than through a telephone or computer center.

It just gives you that piece of Mind knowing you’re being real with a person looking at you rather than seeing an email or text from a person you don’t even know exists.

The second Advantage continuing from the first one, is it is easier to fix banking issues or problems in person because sometimes you can have a variety of issues with your bank account which include late fees, ATM fees, lost card fees, and so on. In Traditional Banking you can just walk in and explain the issue which can be reassured a lot faster and better in person rather than being put on hold on the telephone or having to email to your online bank; and who knows when you might get an answer.

Let’s face it, there’s some issues that would be a lot easier to explain in person and better handled in person rather than phone or email.

The third advantage is that money is a lot more safer being in the physical bank rather than being online because they fear their money could get hacked or they can be victims of cybercrime. Which simply comes down to this, there’s still some people out there who don’t trust the internet or the online world yet, and I don’t blame them.  These people prefer having their money in a Traditional Bank. It gives them a lot more peace of mind. There’s nothing wrong with that, that’s how they feel.

Now let’s talk about some of the cons of being a Traditional Bank customer.

First is the long queues during certain times of the day. Trust me this is not me. To be explained, no one likes long lines. Another problem is you can only visit during work hours. If you need something important done after work hours you have to wait to meet with a bank teller until the next day. the next thing is lots of fees when it comes to Traditional Banks.

These include monthly maintenance fees, proper statements, account closure fees, card misplacement fees, and many more that break the bank of course. The worst kind of Traditional Bank is the horrible interest rates on savings accounts. The National Bank average on savings accounts with traditional banks is 0.09%. I think it’s actually lower than that but that’s not even close to catching up with inflation. By the way inflation is 2% a year.

New PayPal offers you would not want to...

Visa provides a secure application portal for most...

Get Paid for Watching Videos and Surfing the...

Financial assistances you should consider this winter